You have no items in your shopping cart.

Wood Carving is an art made by carving wood with a sharp hand tool to form functional or decorative objects.

Wood carving is one of the oldest crafts in the world. Carving dates back to the stone ages. Early humans were using stones, bones and obviously wood for carving their tools.

Although wood is an easy-to-use material, there are not too many old samples, since it easily deforms and dissolves in nature. The Shigir Idol is the world's oldest known wood carving. It dates to the era of Mesolithic art, about 7500 BCE. There is another example from ancient Egypt in the Cairo Museum which possibly dates back to 4000 BCE. It is known that wood was in widespread use throughout all the ancient civilizations. 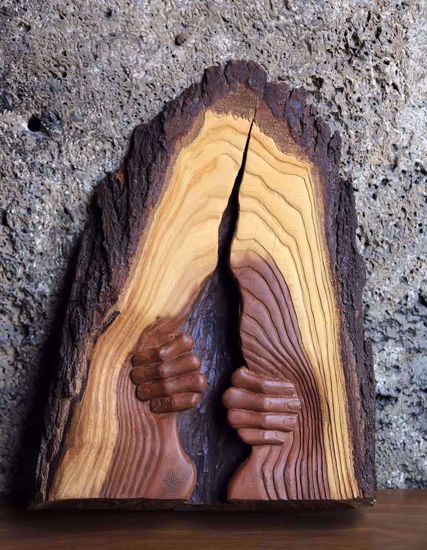 During the Renaissance era, in the late Gothic Art period, Germany became the center of production for the wood carving masterpieces. After the 17th and 18th Centuries, modern wood carving artists emerged in Europe sculpting in wood.

Methods and styles of wood carving can be categories mainly as chip carving, relief carving, and Scandinavian flat-plane. Softwoods and hardwoods are both used in wood carving. Wood can be carved with a knife, chisel, or electric carver easily. That makes it popular for traditional artists around the world. Also, many people carve as a hobby since wood and tools can easily be obtained.

Wood Carving as an art dates back to the 400 and 500 BCE in Central Asia for Turks. After the settlement of Turks in Anatolia, during the Seljuk’s period, a significant number of wood carving objects have been produced. Architectural accessories of religious structures, as well as objects used in these buildings, are still can be seen as best examples of Turkish woodcarving.

The wealth of decoration seen on the woodcarving used in Seljuk architecture developed parallel to the architecture of that period. During the Ottoman period, wood carving was applied more functional ways to meet the daily needs instead of Seljuk’s extravagant ornamentation.

Wood carving techniques from Seljuk to Ottomans changed and enriched. Relief carving is combined with Kundekari, Lattice technique, Inlay, and Marquetry. Three-dimensional carving was also seen in the Ottoman period.

Today traditional woodcarving survives within some parts of Anatolia by the efforts of local artisans.